You are here: Home / About / Our Staff 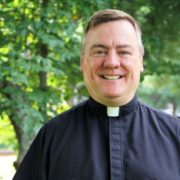 Fr. John grew up in Louisville, Kentucky, and his family lives here. In fact his parents are members of St. Aloysius.  He was ordained a priest for the Archdiocese of Louisville in 1990. Before coming to St. Aloysius, he was pastor of St. Gabriel Church, Louisville. He was also pastor of two churches in south-central Kentucky. 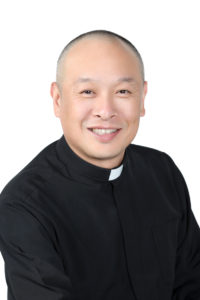 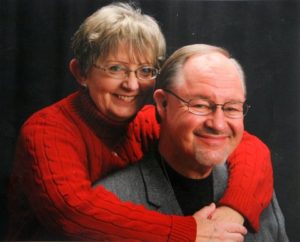 I was born in Tupelo, Mississippi and my family moved to Kenosha, Wisconsin when I was very young.

I met the love of my life while in high school. Kathy and I met on a blind date Memorial weekend in 1963 and were married four years later on November 25, 1967. This past November we celebrated 46 years of marriage. We have one daughter Jennifer and she is married to Bill Dolan and they have two children William Patrick and Stephanie Grace and both attend school at St. Aloysius

I completed my formal education in Wisconsin with several additional curriculum programs thrown in as Kathy and I moved to several other states in my climb up the corporate ladder.

I was ordained a Permanent Deacon on August 26, 2006 and assigned to St. Aloysius. My employment had me assigned to Michigan and while I worked there (commuted to Louisville every other weekend) I was granted dual faculties and served two parishes St. Aloysius and St. William in Walled Lake Michigan. In 2008 I was assigned to the newly formed Parish of St. Bernadette where I served for five years. I was recently reassigned back to St. Aloysius and I am so very happy and proud to be back home.

I am currently employed by Kentucky One Health Systems (a division of Catholic Health Initiatives) as a Staff Chaplain involved with three local hospitals: Jewish, St. Mary and Elizabeth and University of Louisville. 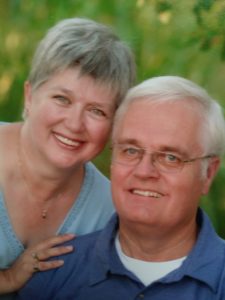 Deacon Phil has been married to Alice Marie for 46 years.  Together they have 4 adult children and 7 grandchildren.  Deacon Phil retired from the U.S. Air Force in 1994 and again in 2009 from the Engineering department of the Louisville International Airport.

Deacon Phil was ordained a Permanent Deacon on August 26, 2006, alongside Deacon Dan & Deacon Tom.  He has had several assignments since his ordination: Our Lady of Mercy in Hodgenville, the clustered community of St. Ann’s in Howardstown, and most recently at St. Aloysius in Shepherdsville, St. Benedict in Lebanon Junction and St. Clare Oratory in Colesburg.

Deacon Phil joined the parish in June 0f 2017.  He is looking forward to many years of service to the families of Saint Aloysius. 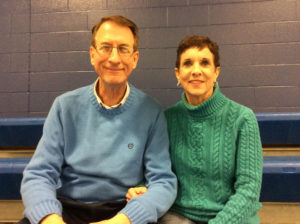 We have belonged to St. Aloysius for over 20 years. We became part of the parish

In 1991. My wife Becky and I have been married for 40 years. We are both native Louisvillians. We have 3 children that are married and 7 grandchildren. We all live in the area and are intimately

involved in each others lives. I attended Spencerian Business College, University of Louisville and Spalding University. In 2006 I was ordained in the archdiocese to the diaconate and assigned to serve at St. Aloysius. It is a wonderful benediction serving and growing with the parishioners of St. Aloysius in our love, our faith, our knowledge, our understanding, and our relationship with Our God. 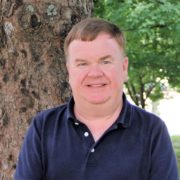 Dennis joined St. Aloysius in December 2015. He has two sons, Matthew and Michael, and one adorable grandson, with his wife Ruth.  When we were asked why he decided to work for St. Aloysius his answer was rooted in his faith: “I am a catholic & serving the catholic community has always been important to me.” 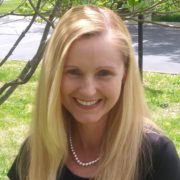 Melissa joined the St. Aloysius parish six years ago when her daughter Ella Kate was in preschool. She has a background in pharmaceutical sales, training and event planning with Alcon Laboratories. Melissa was initially hired in August 2017 to serve as Campaign Coordinator during our parish Capital Campaign. Although she still oversee the campaign, her current role is that of Stewardship Development Coordinator. This role allows her the opportunity to interact with each and every member of our parish. Her goal is to help build a stronger faith and family community, and to serve the individual ministries within our parish. Outside of work Melissa and her daughter love to spend time with family and friends, vacation, and hang out with the their sweet dogs Jackson and Gus.. 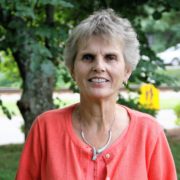 Jackie has been a parishioner of St. Al’s for 30 years. She began working in the Parish Office 3 years ago. She graduated from Waggener High School here in Louisville and has been married for 50 years this April! She has two grown children; a son with two daughters and a daughter with two sons. She’s an animal lover at heart with 5 furry canines at home and enjoys yard work, needlework, sewing and watching PBS. 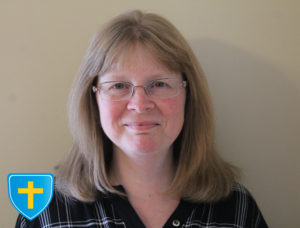 Maryann has worked in the School since 2003. She has 3 sons, who are all proud alumni of St. Aloysius.  Maryann enjoys being creative and uses her spare time to paper craft and cook.

“When I am creative, I am happy. When I’m happy, my joy spreads to those around me. This creative joy is truly a gift from our heavenly Father, the ultimate creator. It is a gift I am called to share with our school and parish community.” 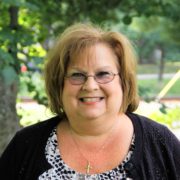 Mary has served the Archdiocese of Louisville since 1990 as an Elementary Ed. teacher, Director of Life Long Formation and Education, Director of Children’s Ministry, and Pastoral Associate.

She has been married over 40 years to the same wonderful man. Rick and Mary have two children and five grandchildren. Mary was born and raised in Michigan, She still hasn’t lost the northern accent; just talk with her and you will quickly understand. 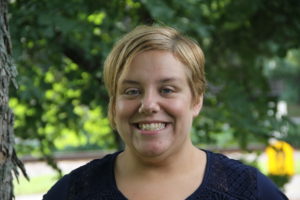 “I am called to ministry because others ministered to me. My life was changed for the better by the people who ministered to me in High School, so much, that I wanted to be able to offer the same life changing experience to others. I want to make a difference in people’s lives and help folks to love God and the Church.”

Mandy has been the Coordinator of Youth Ministry here at St Aloysius since October of 2002!  She lives in Louisville with her husband Kris and her two young children, Vince and Dot. 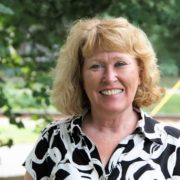 Cindy has been employed with St. Aloysius since 2004. She has a background working in Human Resources with Ethicon, Inc. in Cincinnati, Ohio and The City of Louisville before working at St. Al’s. She and her husband Mike have 3 sons: Michael, Shaun and Kevin. Outside of work she enjoys cheering on her sons at their lacrosse and basketball games as well as walking and reading. 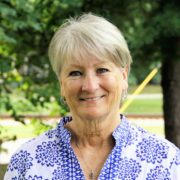 Carolyn has worked at St. Aloysius since Fall, 2008 and has been married for 49 years. She graduated from Assumption High School here in Louisville. She ‘bleeds blue’ as an avid fan of University of Kentucky sports. She has two children who have given her 5 Grand-babies (4 boys & 1 girl) whom she loves to spend time with.  She has recently became a great grandmother and loves her role of great grandma! 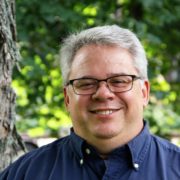 Chris has been at St. Aloysius since Oct. 2015. He and his wife Mary Alice have two daughters, Gillian and Eleanor.

When asked why he is called to ministry his response was simple, “I believe I have some talents and I’m called to share them (Mt. 25:14-30).”